Why Internet Speed Is More Important Than You Think A big part of a pleasant online experience is having adequate Internet speed. The speed of your Internet enables you to enjoy the Internet without hiccups. When you sign up for Internet service with a new provider, they typically give you an array of packages to choose from, all offering a variety of Internet speeds.

While most customers focus on the price of the service or other services associated with the package, often, customers overlook the different speeds that their provider is offering and suddenly find themselves with an Internet speed that is not up to par with their needs at home. Think about all the ways in which you use the Internet—whether it’s for work, school, gaming, or streaming—without proper speed, you can only accomplish so much.

Anything that you ever do online requires a certain number of megabits per second (Mbps) for uploads and downloads to run smoothly and without interruptions. Because of this, the number of Mbps is extremely important for choosing the Internet plan that’ll best be able to handle multiple devices and users.

Once you’ve established the correct Internet speed for your needs, it’s important to run speed tests periodically so that you can make sure that the speed that you’re paying for is exactly what you’re getting. In the United States, a good Internet connection isn’t exactly cheap. And in fact, compared to other nations around the world, Internet services in the United States are much slower; yet we pay the same as people in Asia or Europe, who enjoy much faster broadband services. 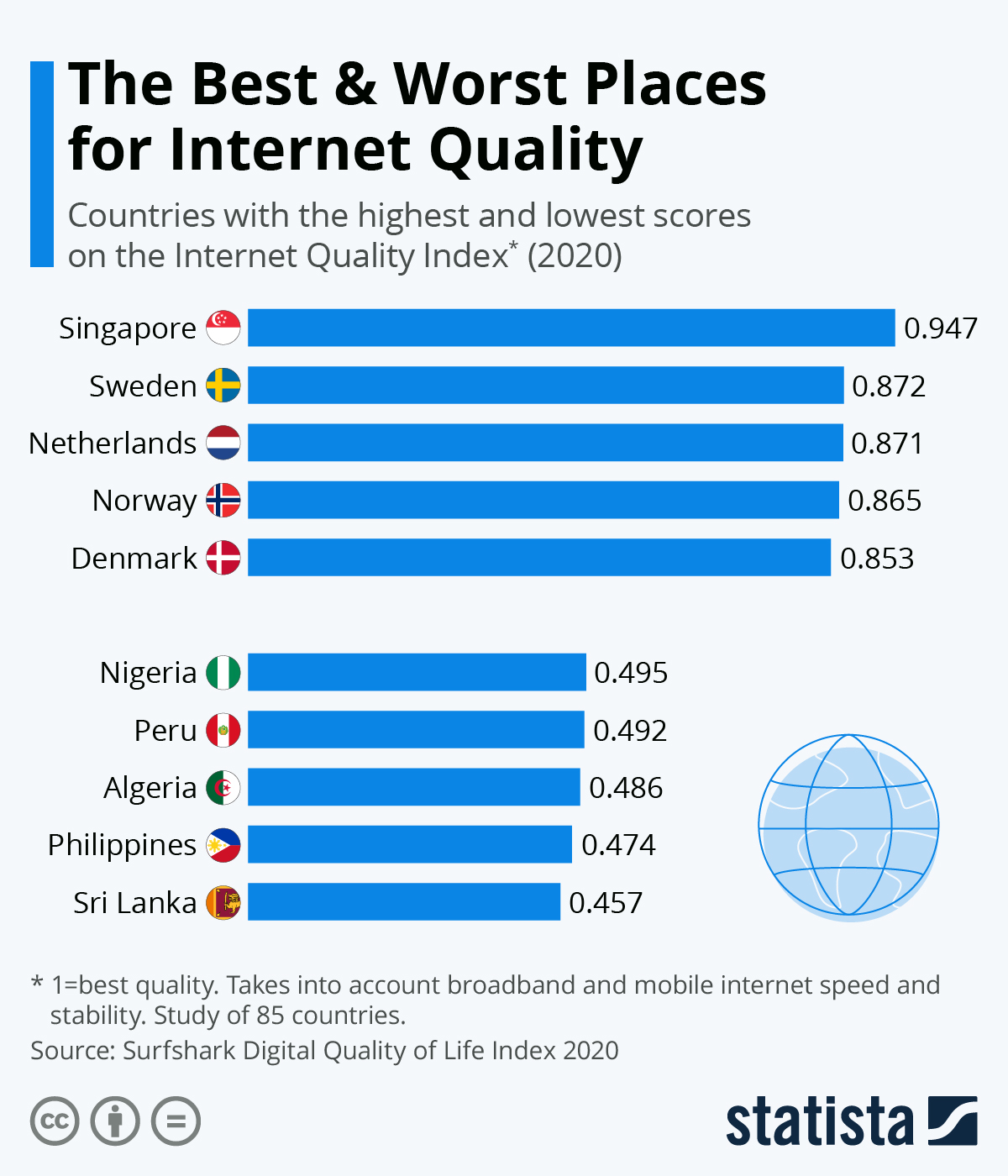 Finding the right balance in a service plan that can offer you both the right price and the ideal Internet speed can be a lot of work at first, but once you do, the benefits of enjoying a good online experience outweigh any trouble you might have gone through. Here’s everything you need to know about Internet speed and why it’s more important than you think.

How Is Internet Speed Measured?

One of the first things to understand about Internet speed is how it’s measured. Understanding the measurement of speed will allow you to make educated decisions about choosing a plan that has enough capacity to handle the load of devices, activities, and users in your home.

You can measure Internet speed with megabits per second, or Mbps. This is the breakdown.

To put the measurements in perspective, think about how slow a dial-up connection is. A typical dial-up connection will only be able to give you a speed of about 56Kbps, which comes out to .056Mbps—a very slow connection that is not capable of modern online tasks like streaming or gaming and can barely handle email.

The Federal Communications Commission (FCC) set up a minimum speed standard for fixed services that will ensure all Internet users have an Internet connection that’s reliable, speedy, and functional. Their minimum speed requirements are at least 25Mbps for downloads and 3Mbps for uploads.

An Internet speed of 25Mbps allows you to stream movies and shows on platforms like Netflix or Hulu, play most online games without experiencing latency, and have almost zero wait time to load web pages. The tricky part with minimum speeds like these is that once you add more users and devices to the connection, a speed of 25Mbps won’t be as efficient and you will start experiencing issues with connectivity and latency.

Now that you have a better understanding of how Internet service providers measure speed, it’s also important to understand why download and upload speeds play a big role in the overall efficiency of your broadband connection.

You’ll notice that when you’re looking at the different Internet plans your provider offers, that there is a focus on the speeds for downloads, as they’re often much higher in Mbps than the speeds for uploads. That’s because, as a user, you end up downloading more data than you upload.

The FCC has guidelines for what the minimum speed should be for downloads and uploads, however, this doesn’t factor in the number of devices that you connect at a time or the number of users that are using the connection. The FCC guidelines base themselves on individual households that have, at most, two people living together. Yet, since 2010, the average household in the United States has at least three people in it, which means there are more devices and users connected at the same time.

If your household has more than two people in it, a download speed that’s over 50Mbps will benefit you more. Anything under that won’t be as efficient and it will cause delays with online tasks that require a faster download speed. For example, if someone in your household is trying to watch a movie on a streaming platform, while someone else is playing an online, multiplayer video game, and a third person is downloading music into their device, chances are that everyone will experience latency and a lack of response from a strained connection.

How to Test Your Internet Speed The recommended way to test your Internet speed at home is to run a speed test. Speed tests work by measuring how fast your connection can upload and download data in one session. The way they do this is by mimicking what the average user’s online activities are on a day-to-day basis. The program will download and upload sample files for a certain amount of time and record speeds.

Keep in mind that the results of a speed test are not an exact measurement of the speed of your Internet, but an overall guide that gives you an idea of where your speeds fall. This is important because it’ll give you an idea as to how the speed may be affecting your online experience. It’s key to run speed tests a few times over the course of a few days so that you can try to get the most accurate picture of how the speed is performing when there are multiple users and devices connected at the same time.

How to Interpret Speed Test Results 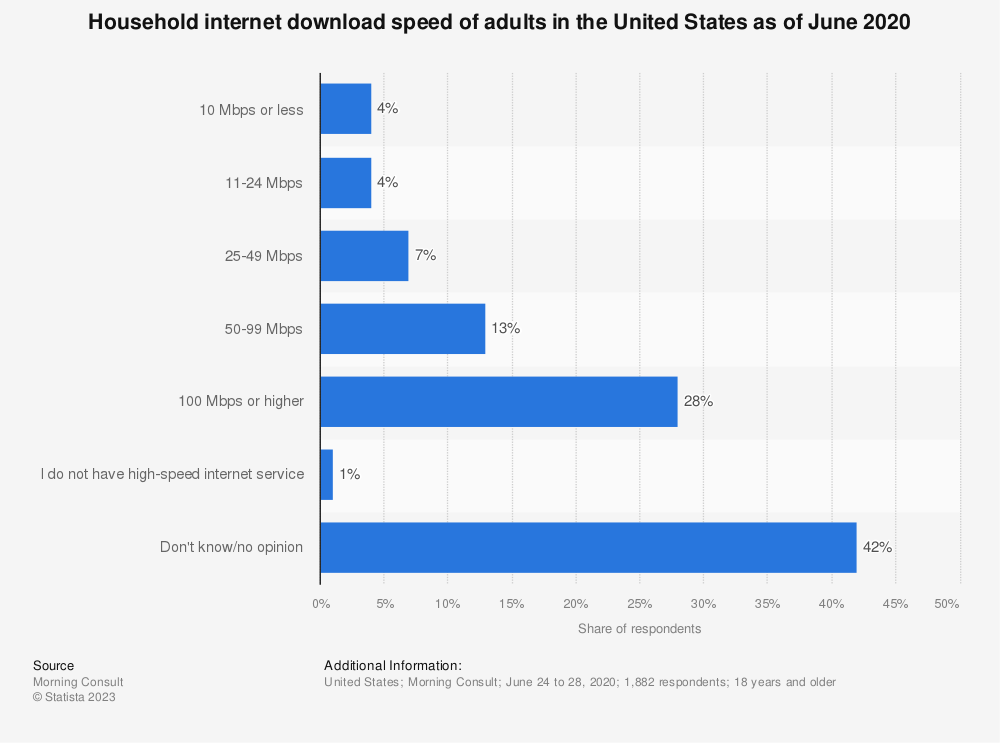 The speed of your Internet connection directly correlates with your online experience. While there are many factors to consider when you’re checking how fast your Internet is and the reasoning behind the results, being proactive about checking Internet speeds will benefit you in the long run and will help you understand why Internet speeds are so important.